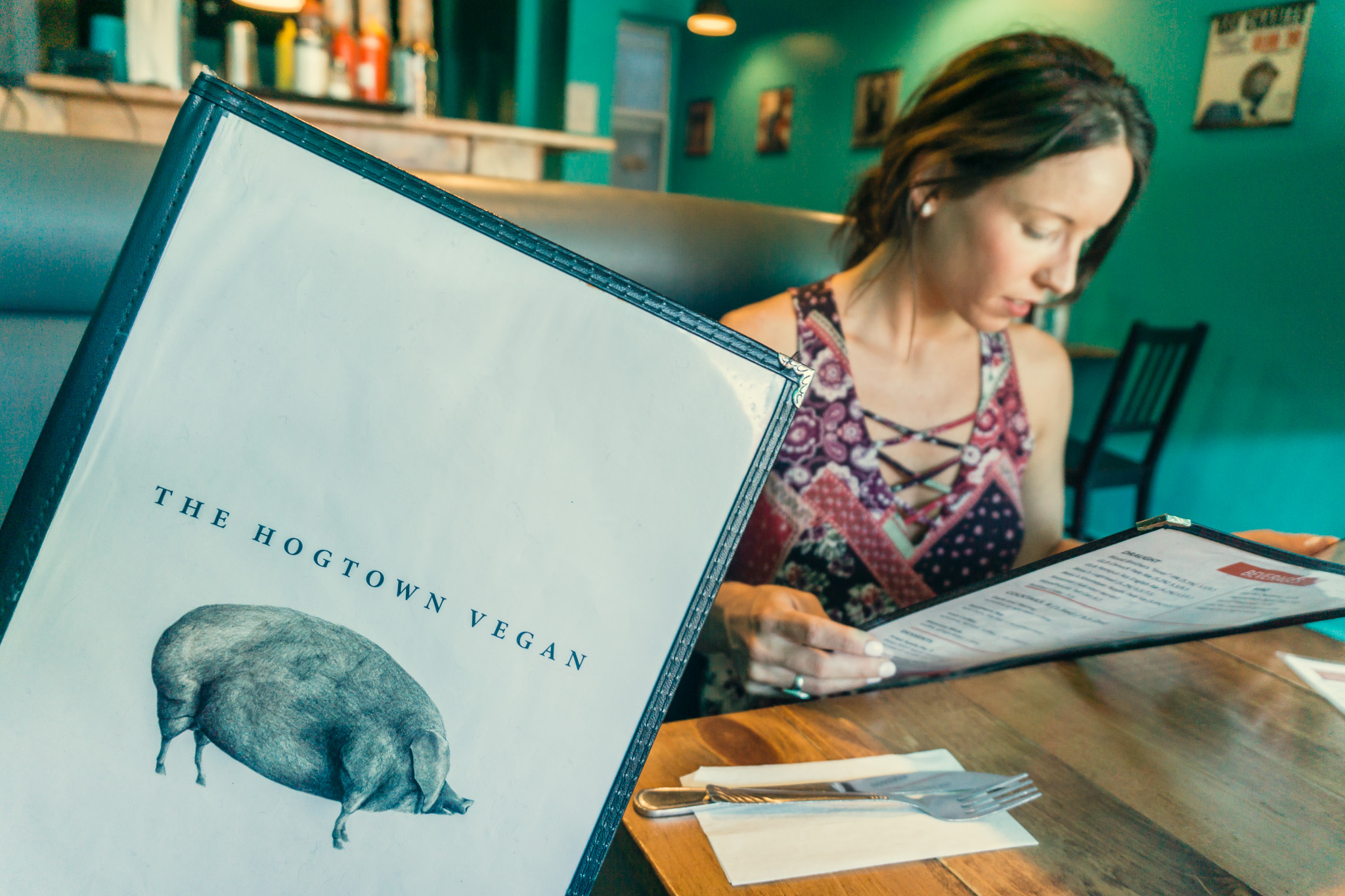 Last week, Irek and I went to the #1 vegan restaurant in Toronto called The Hogtown Vegan. They specialize in vegan comfort food with a southern twist. This is the type of restaurant you could bring a meat-eater to and I guarantee they would leave satisfied. Actually, it was the first time in a long time that Irek and I both struggled to finish our meals… not because they weren’t good (they were delicious) but because the portion sizes were so massive!

Since going vegan, I haven’t had a proper club sandwich- which is one of my favourite things! That changed thanks to The Hogtown Vegan! I can honestly say that it was the BEST club sandwich I have ever had. It was massive, and a bit difficult to eat, but worth every single bite. The meat substitutes used on the sandwich were tofu slices (which mimicked bacon), and soy “chicken”. The soy “chicken” was the best meat substitute I’ve tried since going vegan. I don’t think a meat eater would be able to tell the difference!

I also have to mention the interior of the restaurant; it was a blast from the past. The retro colours and the old-school record labels hanging on the wall made it feel like a scene from the 70’s! It was super trendy and had a very chilled out atmosphere. I definitely recommend visiting The Hogtown Vegan if you’re in the GTA. You’ll leave there full & satisfied, and the food is worthy of a 10/10 rating! Just keep in mind that it’s not something you should be eating everyday- but we all have to indulge sometimes, right?!

I hope everyone is having a fabulous day. Stay tuned over the next few days for more posts about our time in Ontario!

“Only when we have become non-violent towards all life will we have learned to live well ourselves.”