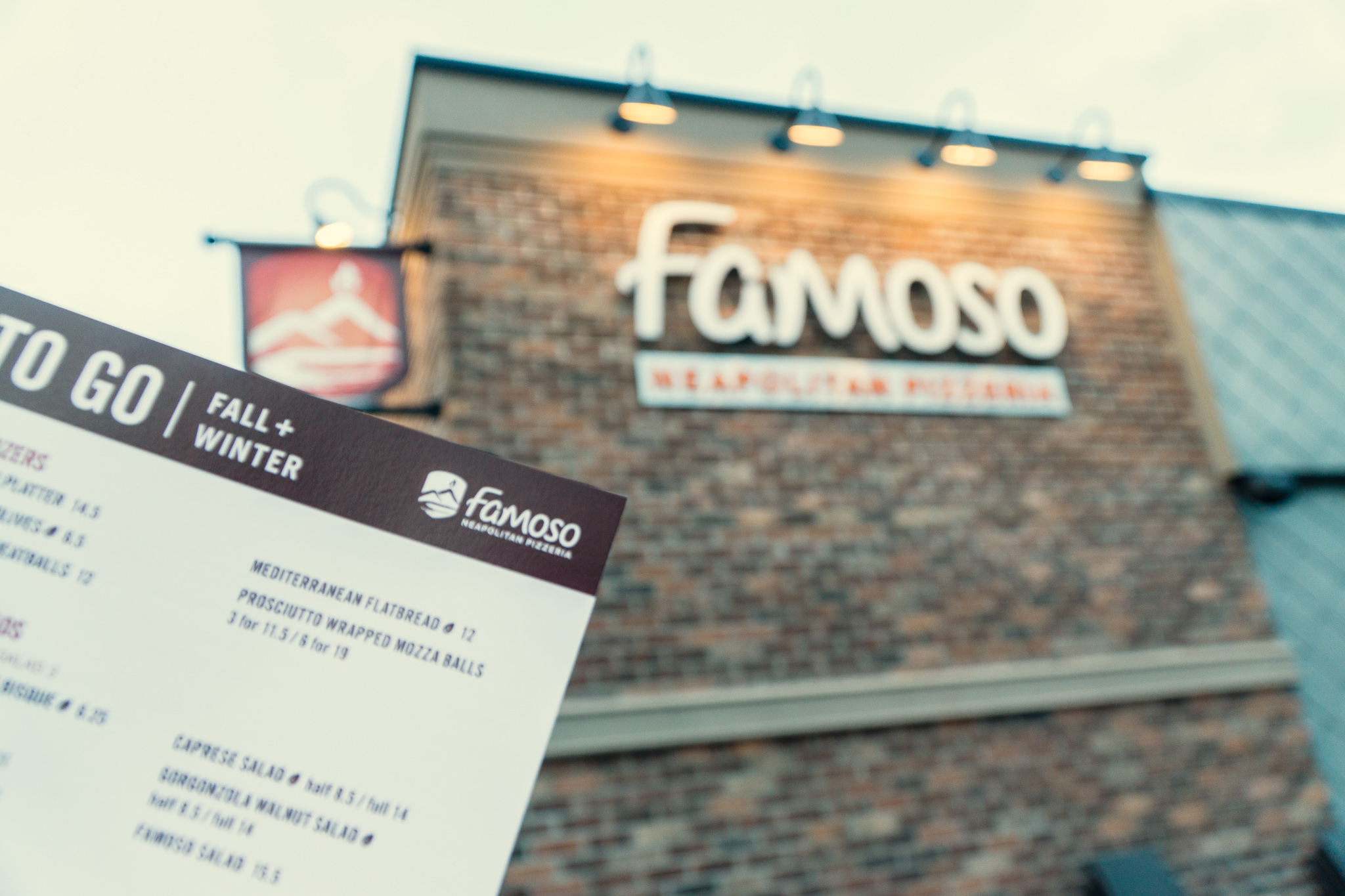 I was recently invited to try some vegan pizzas at Famoso Pizzeria on Commercial Drive in VanCity. I can’t lie… I was a bit skeptical seeing as I just visited a brand new, fully plant-based pizzeria in China Town and was blown away. But… obviously I accepted the invite… who says no to pizza?!

And, to my pleasant surprise, the pizzas were so good! 🙂 The menu was vegan & vegetarian friendly, with the ability to substitute Daiya cheese on any of the pizzas. They also had some nice vegan salads + a fully vegan sandwich…. so there were definitely options! It’s actually the perfect pizzeria to visit if you’re heading out with both omnivores and herbivores! And, the more us herbivores band together and order plant-based dishes from restaurants like this, the more they’ll realize the demand is there and in turn, increase their vegan offerings (perhaps phase animal products out altogether… a girl can wish can’t she?!).

Famoso Pizzeria has locations across Canada in BC, AB, SK and ON. If you have a location near you, I definitely recommend trying it out! Irek and I both agreed that Famoso Pizzeria deserves a strong 8.5/10! The only thing that would have elevated the pizzas for me, would have been if they used a nut cheese, instead of Daiya cheese, as I’m not a huge fan. That being said, they did not overwhelm the pizza with it, so the flavour was still in tact and on point.

Hope everyone has a beautiful weekend… happy eating!!

“Some people think the plant-based, whole-foods diet is extreme. Half a million people a year will have their chests opened up and a vein taken from their leg and sewn onto their coronary artery. Some people would call that extreme.”